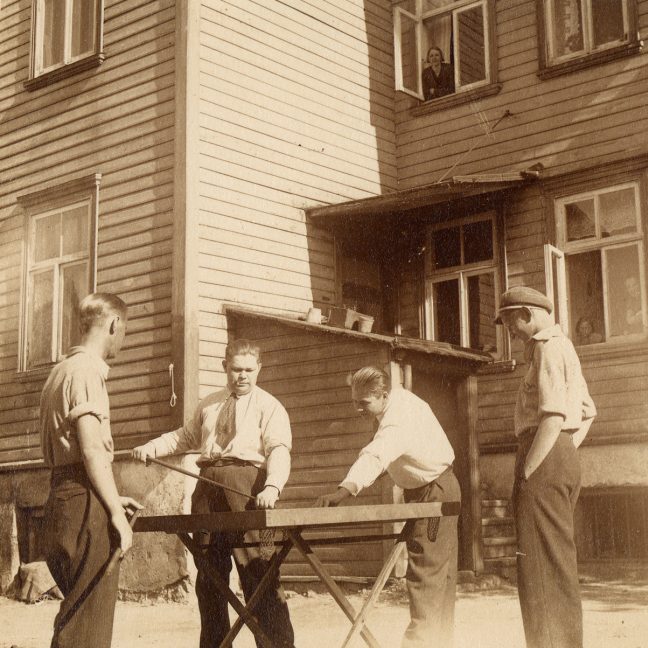 After Second World War Estonia became part of Soviet Union and the house was natonalised by the new state (that happened to all the private property then). In fear of being deported to work camps of Siberia (as property and shop owners they were considered to be part of the former bourgeoisie element threatening the new system) the couple fled the house to hide in the countryside for a year. In that time, because of the post-war housing shortage, the house was filled with new inhabitants.